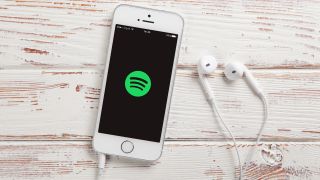 Spotify is the largest music streaming platform in the world, with over 100 million subscribers as of Q2 2019.

Part of its appeal is down to the streaming giant's inclusion of user-friendly features within the mobile and desktop apps – one of which being the ability to 'pre-save' albums from your favorite artists before they're released.

This handy feature automatically adds the release to your library as soon as it comes out.

However, Spotify has recently come under fire for allowing record labels to harvest vast amounts of user data via the pre-save feature – more data than the average user may be aware of.

When a user pre-saves music, they have to "click through and approve permissions that give the label far more account access than the streaming giant normally grants them", according to Billboard.

These permissions are reportedly robust enough for the record label to "track what they listen to, change what artists they follow and potentially even control their music streaming remotely."

While this practice is entirely legal and it's unlikely that a record label would ever attempt to control users' listening remotely, Spotify has come under criticism for not making these permissions clear enough to users.

However, Billboard says that Apple "makes it clear what access companies are asking for", and "does not offer a way for an outside entity to get control over an account or gain access to personal information like an email address."

Spotify is increasingly being built into smart speakers directly (like the Sonos One or the Bose Home Speaker 500 for example), which makes the idea that third parties may be able to remotely take control of our music playback even more alarming – imagine being awoken in the middle of the night by your smart speaker blasting out the latest Taylor Swift single.

Of course, record labels blasting out their own music as part of album campaigns would likely prove extremely unpopular – just think back to when Apple gave U2's Songs Of Innocence album to all 500 million iTunes users in the world... whether they wanted it or not.

So, while we wouldn't throw your smart speaker in the bin or cancel your Spotify subscription just yet, it may be worth scrutinizing the permissions you give to record labels when you next pre-save an album.