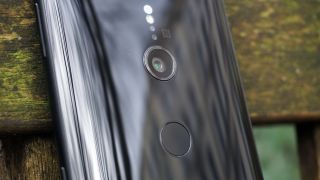 The Sony IMX586 stacked CMOS image sensor may not sound particularly thrilling, but this new camera module could have big implications for the firm's smartphones.

Sony has a strong heritage in cameras, however in recent years the cameras on its flagship smartphones haven't quite hit the same illustrious heights as rivals - but that could be about to change.

The new image sensor claims to be the world's first 48MP smartphone camera, and it also features an industry-leading pixel size of 0.8μm.

What does this mean? In short, enhanced images from your smartphone's camera.

Sony explains further: "during low light shooting, the signals from the four adjacent pixels are added, raising the sensitivity to a level equivalent to that of 1.6μm pixels (12MP), resulting in bright, low noise images."

Low light photography always proves challenging for smartphone snappers due to their small sensor size, but hopefully the IMX586 can noticeably improve things for future phones.

That's not the only benefit of the new camera module though. Sony's statement continues: "In addition to these advantages, original Sony exposure control technology and signal processing functionality are built into the image sensor, enabling real-time output and a superior dynamic range four times greater than conventional units.

"Even scenes with both bright and dark areas can be captured with minimal highlight blowout or loss of detail in shadows."

Sony's smartphone cameras have always led the pack when it comes to video recording, and the new module is capable of recording 4K footage at 90fps.

There's currently no time frame given on when we can expect this new camera module to make its way into a smartphone, but with a Sony launch lined up at IFA 2018 in Berlin at the end of August it could well feature in the rumored Sony Xperia XZ3.