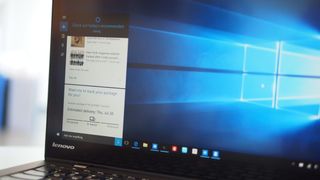 As you may have seen, recently there was quite a fuss about Microsoft allegedly forcing through upgrades of Windows 10 with a pop-up notification box which when closed (by clicking the 'x' top-right) supposedly confirmed the upgrade, rather than dismissing the dialog – but further word from Microsoft has clarified the exact nature of this box.

As the full story emerged, ZDNet posted several updates to its initial report on the matter, which to begin with said that clicking to close the box served as an acceptance of the Windows 10 upgrade for Windows 7/8.1 users – obviously a pretty worrying state of affairs.

However, after speaking with her contacts at Redmond, Mary Jo Foley of ZDNet discovered that in fact the pop-up box in question only appeared after a user had already okayed the Windows 10 upgrade and accepted the terms.

So basically this was only appearing for those who wanted to upgrade already, although the lack of any option to cancel out could still be an issue for some (if they'd changed their mind regarding upgrading, for example).

But in fairness to Microsoft, this certainly wasn't the original picture painted by the very first report on the matter published by The Register.

Redmond later issued an official statement to say: "The Register report is inaccurate. The Windows 10 upgrade is a choice – designed to help people take advantage of the most secure, and most productive Windows. People receive multiple notifications to accept the upgrade, and can reschedule or cancel the upgrade if they wish."

Even so, there's no doubting Microsoft's tactics in pushing Windows 10 have been controversial to say the least, which is exactly why when this first emerged everybody was quick to anger – simply because it was largely believable given everything Redmond is doing to persuade folks to upgrade (including automatically firing up the upgrade for users who have Windows Update options set to install recommended updates).

Of course, there should always be a way to cancel out of the upgrade even if it's been scheduled, and any automatic update to Windows 10 should ask permission of the user before starting.

Furthermore, with the pop-up nag box ('Get Windows 10' or GWX), an option should be added to not only decline the upgrade, but to cease further reminders if the user is sure they never intend to upgrade.

However, Microsoft is afraid of losing potential Windows 10 migrants through the latter move, but unfortunately it's risking something else – namely losing the goodwill of Windows users, or at least a fair chunk of it.