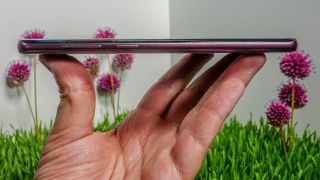 These claims about the Samsung Galaxy S10 Plus aren’t new. We’ve heard multiple times that it will be 7.8mm thick, and this same leaker has previously said that it will have a 4,100mAh battery (though some sources point to a 4,000mAh battery).

Given that there are no dissenting voices on the thickness that much is probably true, and whether 4,000mAh or 4,100mAh the battery is probably larger than the one in the Galaxy S9 Plus.

Still, we’d take this with a pinch of salt for now, especially as it’s not clear how this would be achieved.

The fact that the S10 Plus is rumored to have a larger 6.4-inch screen may help, as that could give the device a larger footprint to fit a battery in, but previous rumors suggest that the slimmed bezels have meant the overall surface area of the handset isn’t much different to the S9 Plus.

We won’t have to wait long to find out for sure whether these rumors are right though, as the Galaxy S10 Plus - alongside the standard Samsung Galaxy S10 – is set to be announced on February 20.