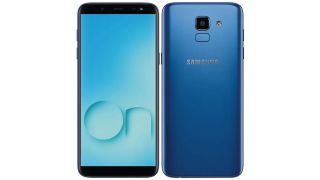 Korean smartphone maker Samsung has launched a new mid-range device in its Galaxy On series in India dubbed the Galaxy On6. The company was teasing the device for quite a while now and has finally launched it in the country.

The Samsung Galaxy On6 has been priced at Rs. 14,490 and will is available online exclusively from Flipkart and Samsung Store. The main highlight of the device is its Super AMOLED Infinity display. Other features of the device include an Exynos SoC, selfie flash and Android 8.0 Oreo.

The Samsung Galaxy On 6 runs on Android 8.0 Oreo with Samsung’s custom UI skinned on top. It features a 5.6-inch HD+ Super AMOLED Infinity display with a resolution of 1480 x 720 pixels and an aspect ratio of 18.5:9.

In terms of performance, the Samsung Galaxy On6 is powered by an octa core Exynos 7870 SoC coupled with Mali T830 GPU. In terms of memory, the device is available in one variant with 4GB RAM and 64GB of internal storage.

The Samsung Galaxy On6 is powered by a 3,000mAh battery and connectivity options on the device include 4G VoLTE, Wi-Fi 802.11 b/g/n, 3.5mm audio jack, FM Radio, Bluetooth 4.2 and GPS. The device sports a rear mounted fingerprint sensor, placed below the primary camera.

The Samsung Galaxy On6 has been priced at Rs. 14,490 and it will be available online from Flipkart and Samsung Store in Black and Blue color options starting from July 5.