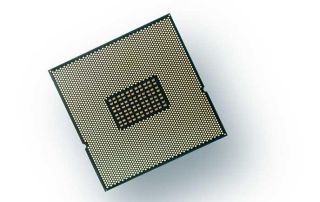 Qualcomm has just unveiled a new mid-range mobile processor at the 4G/5G Summit in Hong Kong. Named as the Snapdragon 636, the latest SoC comes with enhanced gaming and display technology support over the Snapdragon 630 Mobile Platform. Qualcomm will start shipping the newly announced chip from November 2017 and phones equipped with Snapdragon 636 might start to appear near the end of this year or early 2018.

Speaking of the specifications, the Snapdragon 636 Mobile Platform packs an octa-core Kyro 260 CPU setup along with the Adreno 509 GPU. This is the second time after the Snapdragon 660 that the celebrated Kyro architecture is used in a non-flagship chipset. However, while the Kyro 260 cores of the SD 660 runs at 2.2 GHz; that of the Snapdragon 636 are clocked a bit lower at 1.8 GHz.

Qualcomm claims that the latest SoC is optimized for Full HD+ 18:9 displays. Coming to video support, the Snapdragon 636 can record and playback 4K Ultra HD footages at 30fps and 1080p at up to 120fps. The newly launched chipset sports the renowned Qualcomm Spectra 160 ISP and supports up to 16 MP dual camera and 24 MP single camera.

Connectivity-wise, the Snapdragon 636 is equipped with the X12 modem and can facilitate up to 600 Mbps download speed and 150 Mbps upload speed through cellular networks. Similar to other middle-class Qualcomm processors, the new one too supports almost every mobile networks on the planet.

Talking of the memory department, the SD 636 can take up to 8 GB of LPDDR4 RAM clocked at 1333 MHz. Last, but not the least, the 14 nm manufacturing technique of the new chip will return some good battery life.

Qualcomm is set to ship the latest processor to the smartphone manufacturers from November 2017. So, we may see phones with Snapdragon 636 later this year or early next year.