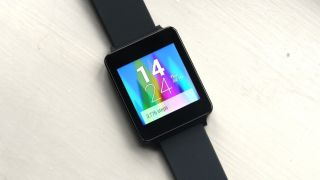 Will it ditch the square in favour of a Moto 360 circle?

Who's afraid of the big bad iWatch? A lot of people, it seems. The latest word is that LG is hoping to get in ahead of Apple's rumoured wearable by firing out a second LG G Watch, just two months after the debut of the first.

The Korea Times claims that LG's second smartwatch, which will include a Qualcomm processor, is already well into development and is aiming for IFA 2014 - in just over two weeks time.

While a follow-up seems unlikely so soon, the Korea Times has got its information straight from the proverbial horse's mouth, with an LG spokesperson confirming the existence of the watch and the likelihood of an IFA unveiling.

The source also says that LG is in talks with "leading watchmakers", suggesting that the G Watch 2 could be a more premium device than the first. This also echoes rumours that Apple is also teaming up with some top watch manufacturers for its iWearable.

LG's first smartwatch was mostly a showcase for Android Wear - it was the first watch on the market to run Google's OS - so there's a good chance that LG has space to deliver something more personal with the second.

It's noted in the Korea Times piece that the G Watch 2 is being timed to directly compete with Apple's upcoming iWatch, which, going by the latest reports, is to arrive in either September or October.