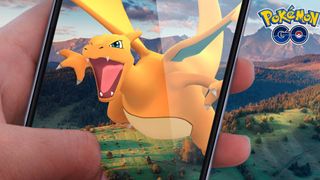 John Hanke, CEO of Pokemon Go creator Niantic, has said augmented reality has a broad future that goes beyond the visual, and that games are the right medium for experimenting with it.

During the GamesBeat Summit in California (via VentureBeat), Hanke explained his vision for AR using an Arthur C Clarke quote: “Any sufficiently advanced technology is indistinguishable from magic.”

To achieve that vision, however, he said experimentation is essential, and that games are the ideal medium for pushing new technologies.

The reason for this? According to Hanke, gamers are more “willing to put up with glitches and some imperfections in tech”.

Now, anyone that’s visited a forum or comments section after the release of a particularly glitchy game will perhaps join us in looking at the camera disbelievingly here. But Hanke isn’t entirely wrong - with games becoming more online and service based it is true that users are more accustomed to bugs in their purchases and willing to wait for them to be ironed out.

With the AR hit Pokemon Go, which is still going strong, Hanke did prove that there’s room for new experiences in gaming and that the bugs and glitches which arise in the process of experimentation don’t mean the end.

However, Hanke said that he’s not finished with experimenting in the area of AR, stating that “the potential for AR is much bigger than” the visuals. At the moment, he revealed, he and his company are looking into how to enhance the social aspect of AR gameplay: “Next we’re looking at how do we make that even more immersive, and how do we allow more people to have a shared experience together in a public space.”

This could, apparently, involve audio and voice-based AR as well as an AR Cloud. Though Hanke didn’t go into any more detail with regards to audio and voice-based VR experiences, the fact that Niantic is currently working on a Harry Potter AR game makes us wonder if we could soon find out. Incantations and wizarding duels could be the perfect way to bring voice controls and augmented reality closer together.