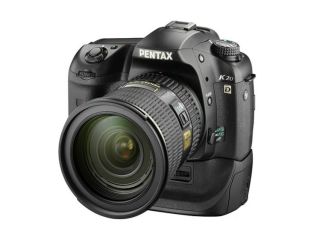 Rumours abound that Samsung is working on the development of a full-frame CMOS sensor that would enable the Korean electronics giant to launch a 'professional standard’ DSLR camera.

According to Amateur Photographer, the rumour originated at a trade event in Korea where a "high-ranking Samsung official" suggested that the company was "actively pursuing development of a full-frame CMOS sensor intended for use in a professional camera".

Although Samsung has refused to confirm or deny the rumour, it would make perfect sense for the company to manufacture a high-end professional model.

As Mark Sparrow from Digital Camera magazine explains, the battle for hearts and minds between Sony and Samsung appears to be gathering pace, especially in key Asian markets.

"Samsung’s partnership with Pentax has already borne fruit with the excellent K20D/GX20 models, which are the first Pentax models to feature a Samsung designed and fabricated SLR image sensor," he said.

"Obviously Samsung is now a serious player in the market and will be looking to challenge Sony, who are looking to supplement their Alpha range with a full-frame camera by the end of the year," he added.

While Nikon and Canon hold far more prestige within enthusiast and professional circles in European and North America, the same degree of photographic snobbery doesn’t necessary apply to Asian markets, where both Samsung or Sony are afforded more loyalty and recognition.

In other words, if the two companies can get a good product to market, consumers will happily buy into it.