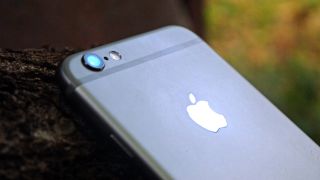 Apple got into a bit of trouble last year for accidentally switching on the Wi-Fi Assist feature in iOS 9 and using up a lot of data on iPhones without users even noticing (until their phone bill came through at the end of the month).

The latest victim is Ashton Finegold from San Franscio who received a phone bill of $2,021.07 for one month. He said he thought his dad was "going to kill him" when he found out.

Finegold's bedroom is apparently in a Wi-Fi blackspot meaning the phone would quite often switch to the Wi-Fi Assist mode to get a better connection.

But Apple's Wi-Fi Assist doesn't notify you that the feature is on so it's quite easy to think you've just got a good Wi-Fi connection and you aren't using mobile data.

While it's a useful feature for people on unlimited internet packages, it's also a data drain.

Is he the world's biggest phone addict, or can someone let Ashton know that he's got a really crappy deal?