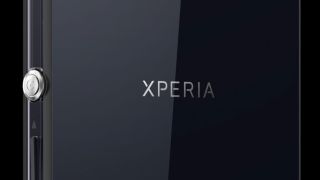 The idea of the foldable phone is nothing new – but there have been questions over how we could actually use it day to day.

However, Kaz Tajima, senior vice president of creative design and product planning for Sony, told techradar that 'offloading' some of the tasks we have to tap our handsets for multiple times a day to other devices could bring about new form factors in smartphones:

"The smartphone design is getting more mature. The next step with innovation will be coming from the user interface," he said.

"With the current smartphone form factor, every use case is defined by the graphical user interface on a touch display, so we have to have a rectangular form factor, and a certain size of display.

"But the natural user interface, which could be voice command, gesture or eye [tracking], is the next level of innovation. Then we can change the form factor of our smartphone.

"Also another approach is offloading a task to the other device, such as an ear, eye or projector…then smartphones will have a specific use case, so that they may be able to have different size of display, or a foldable display."

This isn't the first time we've heard about a possible bendy phone though. The technology is being developed by companies such as LG and Samsung, but beyond the slightly flexible G Flex 2, we're not seeing much progress towards new rollable or bendable form factors – so what's holding things up?

"Within a couple of years, as this gesture voice interaction is getting more natural, that will give more freedom to offload tasks to other device, such as [the Xperia Ear]," says Tajima "Then the smartphone doesn't need to cover every kind of task, so that we can change the direction [of design]."

However Tajima warned that just because the opportunity was there, it doesn't mean we'll definitely see flexible phones appearing as extra sensors are littered around our body:

"[Flexible phones] COULD happen, but it will take time, as it's not only the display; the display and battery are the two major [elements] in this form factor… those two should evolve at the same time."

The good news? It looks like they already are, with UK-based firm FlexEnable showing off a fully rollable display at MWC this year, complete with possible touch layers and transistors – so if smart eye, ear and wrist wear become part of our daily lives, it looks like we've got a ready-made solution for a new form of smartphone.