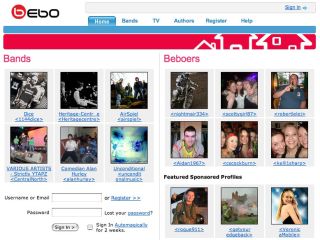 Social networking is coming to Orange this summer. The mobile operator announced today that it's teaming up with Bebo to give members easy access to their Bebo-loving friends.

Similar to MySpace , Bebo has fast become a popular, free to join, internet-based social networking service in the UK, enabling people to swap blogs, media and interests with other members all over the world. Bebo mobile aims to provide the same services while on the go.

Orange will sell Bebo mobile-equipped handsets which will have unlimited access to Bebo.com, giving you the ability to upload photos, post and receive comments by SMS. The mobile operator will also sell a Bebo Mobile bundle that Orange users will be able to upload to their mobiles.

"With Bebo mobile, the phone is moving from a one-to-one communication device to a complete social networking tool, enabling people to engage in conversations, discover new interests and express themselves in a completely new way."

According to Bebo, the Bebo mobile service will remain exclusive to Orange in the UK for the time being - indicating it may also appear on handsets by other mobile operators in the future. No pricing for Bebo mobile has been confirmed as yet.