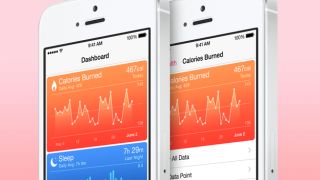 Fitness and health apps are like that gym membership you keep wanting to make use out of but just can't find the time. Plenty of people download these apps in the hope that it will get them off the sofa and into better shape, but then a lot of people just stop using them.

A new survey in the US has analysed 1,604 smartphone users on what apps they download and if they've managed to keep up using them over time.

Out of that sample 58% of people claimed to have download a fitness app at some point in their phone's lifetime. 42% have downloaded five or more fitness related apps in the past.

There are an estimated 40,000 different apps to choose from out there though, so it's no surprise people download more than one.

But out of those who actually downloaded the apps, 65% think it has improved their health in some way – but 46 percent admitted to not using the app anymore.

Most cited cost of keeping fit, disinterest in the app and privacy concerns to be the reason they stopped using the app.

It's interesting that privacy is a reason here - it seems people don't like apps knowing where they've exercised and how well they are doing.

But most of these apps push you to share your data on social networks, so not only does the app know your fitness levels, but so do all your friends.