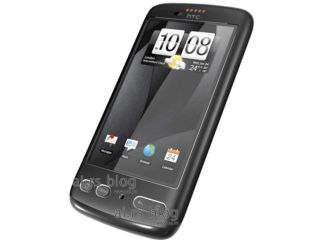 The HTC Bravo set to do battle with Google's Nexus One?

What's better than the Google Nexus One phone? A Nexus One running HTC's cool Sense UI.

And that's precisely what looks like coming as details of the HTC Bravo appear to have leaked from Sweden.

The Bravo was first mentioned at the tail end of 2009, but given its specs were identical to the Nexus One it was assumed that was where the trail would end.

But it seems that HTC will still be launching the Bravo, which like the Nexus One has a 3.7-inch OLED screen, Snapdragon 1GHz processor and 5MP camera with Android 2.1.

On top of that, it's likely to be rocking its Sense UI, with improved social networking integration, more home screens and now downloadable widgets as well.

The news comes from 3 Sweden, which has tipped the HTC Bravo to get a March launch over there – which means it's likely to be coming here around the same time too, unless Google is blocking the handset in countries where it's launching the Nexus One.

We're excited to find out, but it would make Google's plans all the more confusing, as consumers would likely rather buy the phone through the normal carrier routes rather than from the internet – it might explain early sales of only 20,000.