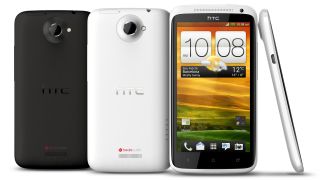 Check now for your update

Last month we heard that the HTC One X and One S handsets were about to get the jump to Android 4.1 Jelly Bean. Well those in Singapore and Taiwan did indeed get the update, while others elsewhere were forced to wait.

But now it's reached HTC One X handsets globally. So good news if you've been twiddling your thumbs, wondering where it is.

The bad news? That version of the operating system has been overtaken by Android 4.2 Jelly Bean. Well you can't have everything.

Bean there, done that

HTC One X owners in the UK, Russia, India, Argentina, Brazil, Peru, and other areas should be able to download the update over-the-air now. And it should come to other regions imminently, according to a source at HTC.

If you haven't yet seen an alert, head to Settings > Software Updates > Check Now. You should get a 1.6MB file, and then a whopping 364.54MB Android update.

So what does the update bring to your phone? The user interface is faster, with speedier switches of orientation from portrait to landscape. You'll also be able to switch between apps faster. Face Unlock is more accurate than in previous versions, and you can swipe from the camera viewfinder to see your photos for review.

Android 4.1 Jelly Bean also brings Google's improved voice search, and Google Now, which provides you with information as and when you need it, based on your location, appointments and schedules.