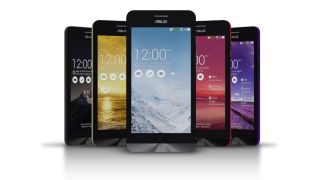 Asus is heading into the New Year with a resolution to reduce ads, announcing that future mobile devices put out by the company will ship with AdBlock Plus installed on its proprietary web browser.

Shutting down advertisements is nothing new in the mobile sphere. Eyeo GmbH, the company behind AdBlock Plus, put out browsers of its own for iOS and Android.

What makes Asus' decision unique is that Adblock Plus will be integrated into its own browser and devices will ship with the ad-filtering software activated as the default. Some users could buy an Asus phone or tablet starting in early 2016 and never realize that ads are being removed.

While Asus has a relatively small installment base for its own browser, reportedly around 15 million users, positive reception could entice bigger browsers like Chrome or Safari to take ad-blocking measures of their own.

Similar to using AdBlock Plus on desktop browsers, non-obtrusive ads approved by the software will be visible, allowing web outlets to receive revenue. However, non-vetted ads like pop-ups, which are particularly annoying or potentially rife with malware, will be shut down.