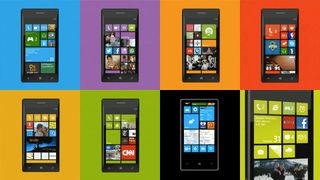 We may finally see a Huawei WP8 device in January

The fourth and final manufacturer given clearance by Microsoft to launch a Windows Phone 8 handset will apparently launch its device at CES 2013, in the form of the Huawei Ascend W1.

The much rumoured handset looks pretty certain to be the the Chinese manufacturer's first Windows Phone 8 device, although Huawei itself is yet to officially confirm or deny the Ascend W1's existence.

Chinese site WPDang claims it can exclusively reveal that the Huawei Ascend W1 will indeed make an appearance in Las Vegas in January and, while this is no great surprise, the source of this information is unknown.

Huawei may have a job on its hands to make inroads in the Windows Phone 8 market, with the Nokia Lumia 920, Lumia 820, HTC 8X, HTC 8S and Samsung Ativ S all going on sale before the end of this year.

However the one trump card Huawei may have up its sleeve is price, with separate reports suggesting the Ascend W1 will be the cheapest Windows Phone 8 smartphone once it launches – which may open up the new mobile platform to the lower end of the market.

We've contacted Huawei for more information and we'll update this article if and when we hear back.