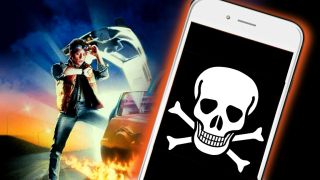 We've seen text messages and websites that can shut down iPhones in a snap, but now the latest bug that could potentially ruin your device is ... going back to the 1970s?

That is to say: reports have emerged that restarting an iPhone after setting the clock back to January 1, 1970 will trigger an unforgiving glitch that makes it deader than disco.

Users have convened on Reddit, finding that all 64-bit iOS 8 and iOS 9 phones and tablets running on Apple's A7, A8, A8X, A9 and A9X processor are prone to the error.

This means that the 1970 error not only bricks the new iPad Pro, iPhone 6S and iPhone 6S Plus, but also devices as old as the iPad Air, iPad mini 2 and iPhone 5S.

Why the 1970 iPhone bug happens

Even though this iPhone date reset glitch seems to be random, it makes sense in that it messes with your phone or tablet's timing mechanism. It sees that particular date as a negative time value.

The device can still go into Recovery Mode, but the only real fix for this error requires making an appointment with an Apple store, or taking the phone apart.

We weren't brave (read: foolhardy) enough to test this feature out firsthand, however, several Reddit and Twitter users can confirm the time-traveling bug.

There's even a video demonstration of the 1970 iPhone error, courtesy of Tech by Zach Straley.