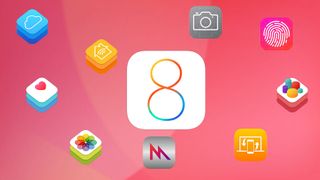 What's in it for you?

Tim Cook says that iOS 8 is "a giant release", and he isn't kidding: from the way your iOS device handles photos to the way you handle your everyday messages and calls, iOS 8 looks like it's going to be a big upgrade.

Some of the changes are relatively small - we doubt the prospect of seeing your recent and favourite contacts in the multitasking screen or seeing the iPhone's tab view on Safari will massively change your life - but others are a lot more exciting.

Here are the features you'll care about.

You're in the middle of something and a notification pops up. Instead of forcing you to leave the app you're in, iOS 8 enables you to process notifications without exiting the app.

You don't even need to unlock your device. Instead, a quick swipe displays your options: accept and decline for calendar notifications, a text entry field for SMS messages and so on.

Spotlight search is taking on a more Siri-like flavour: in addition to the contents of your phone it can look for points of interest, app store results, iTunes songs (both in your library and in the wider iTunes catalogue), cinema listings and anything else you might conceivably be looking for.

SMS messages are no longer limited to iOS devices packing SIM cards: if an SMS is sent to you, you'll be able to see it and reply to it on your iPad too (and on your Mac).

Group messages have been given a major update too. You can add people to and remove them from active conversations, share locations, see any images and attachments shared in the thread and best of all, turn on Do Not Disturb on a per-conversation basis if things are getting too chatty.

One of the most interesting new features is inline voice and video messaging, which enable you to send a quick voice or video clip that self-destructs at a time you choose.

Siri gets its own version of "OK Google": "Hey, Siri" invokes Siri whenever you're within earshot. It boasts Shazam song recognition and the voice recognition engine now streams, so you can see the recognition as it goes along rather than wait until you've finished speaking. Siri gets 22 new dictation languages too.

If you've ever set up an iOS device for the kids you'll know how much of a pain it can be when you want to share a single iTunes account with the whole family.

No more. Family Sharing enables you to share your purchased content and shared media with up to six family members, and in a nice touch you can be asked permission when the kids attempt to spend half your wages on in-game Smurfberries.

And while we're on the subject of sharing, AirDrop now works between iOS devices and Macs.

It's not called Healthbook any more and there's still no sign of the iWatch, but the rumoured health application is pretty much what we expected: it's a way for various third party devices, from Fuelbands to dedicated hospital apps, to share health data with your iOS device.

Apple promises that it will carefully protect your privacy, so apps will only be able to access health data you give them explicit permission to use. Here's hoping this one attracts more third-party support than Passbook did.