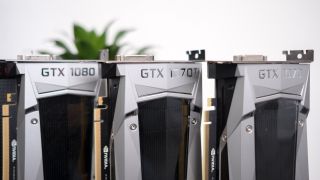 While it's true that 64-bit systems have been the norm for some time now, if you're on an older machine and have to work with legacy hardware for whatever reason, you'll need to know that Nvidia will soon stop releasing graphics driver updates for 32-bit systems running Windows, Linux and FreeBSD.

Your graphics cards and chipsets will still work, of course, but they won't get the security updates and bug-fixing patches that come with fresh drivers. That said, Nvidia is promising to push out critical security fixes for 32-bit operating systems, should any crop up, for another year - until January 2019.

If you're running a 32-bit version of Windows 7, Windows 8, Windows 10, or any flavor of FreeBSD or Linux, and you rely on Nvidia graphics cards, it's a good excuse to treat yourself to a system upgrade.

Sticking with older architecture not only puts you behind the curve in terms of compatibility with the latest hardware and software hitting the scene (like graphics card drivers for example), it also makes you more of a threat to viruses and malware - see WannaCry for reference.

For more details on Nvidia cards and security issues, head to the official website. In the meantime, Release 390 is expected to be out within the next month, so enjoy your 32-bit Nvidia driver support while it lasts.