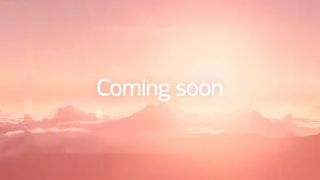 We're not quite done yet when it comes to 2019 smartphone launches, because Nokia has teased a launch event via Twitter: the "newest addition to [the Nokia] family" appears on December 5.

The short video clip attached to the tweet doesn't give a whole lot away in terms of what to expect: pastel pink tones, a bit of running, a bit of rock climbing... and that's about it.

We do get the vaguest hint of a phone outline, but there's nothing really to see there – it's the same shape as just about every other handset we've seen this year, with the exception of anything foldable.

After that we're just left with the "Coming Soon" message and the #nokiamobilelive hashtag. Rest assured we'll bring you news of the launch when it happens.

So which phone is it?

We're only guessing at this point as to which phone might be next to see the light of day from Nokia. The most recent batch of Nokia phones we saw were the Nokia 7.2 and the Nokia 6.2 in September.

A follow-up to the Nokia 9 PureView could be on the cards, which launched back in February at Mobile World Congress and is currently Nokia's flagship offering.

NokiaPowerUser has some newly leaked shots of what is purportedly the Nokia 9.1, with the five camera lenses on the back, just like the original Nokia 9. The rumor is the phone will come with the Snapdragon 855 installed inside.

Another possibility is the Nokia 8.2 – if only for the reason that the Nokia 8.1 was launched on December 5 last year.