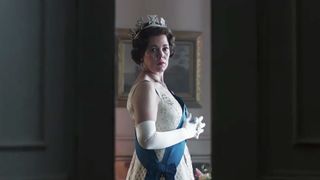 It's official: Netflix's Emmy award-winning series The Crown, will reign over our screens once more, returning for a third season on November 17.

The historical drama, which documents the reign of Queen Elizabeth II, will feature an entirely new cast, with recent Oscar winner Olivia Colman taking over from Claire Foy in the lead role.

You can get a first glimpse of Coleman in the role in the trailer below:

Where seasons one and two of The Crown focused on Elizabeth's early reign, season three should see the Queen becoming more secure in her role as head of the Commonwealth, and head of the royal family.

This period involved a great deal of change for the monarch, which we will see in season three; this includes Harold Wilson's time as Prime Minister, the decolonization of Africa and the Caribbean, the Apollo 11 moon landing, and Princess Margaret's scandalous affair and subsequent divorce.

Season three could well be the most dramatic yet; although, season four does promise the arrival of Lady Diana Spencer and the notorious premiership of Margaret Thatcher, Britain's first female Prime Minister.