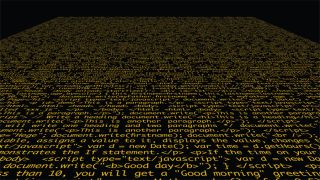 Oracle has made the decision to kill off the Java plug-in, a move that will be welcomed by most.

The company has acknowledged that browser makers are moving away from standards-based plug-in support – or indeed have already moved away – and is waving the white flag for Java.

The plug-in is to be deprecated (sent to Death Row, in computing terms) in JDK 9 which is to be released later this year (it's currently in beta), and in the future, it will be completely stripped out.

Java is an oft-criticised source of vulnerabilities and a security nightmare in general, so you've probably already disabled it in your browser(s).

In a blog post, Oracle noted: "With modern browser vendors working to restrict and reduce plug-in support in their products, developers of applications that rely on the Java browser plug-in need to consider alternative options such as migrating from Java Applets (which rely on a browser plug-in) to the plug-in-free Java Web Start technology."

Java 9 was originally expected to be released last year, but obviously that didn't happen. It's making some big changes across the board, adopting a modular approach to help make it more lightweight, manageable, scalable and secure.