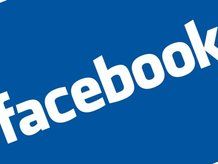 The move makes a lot of sense for Facebook

Facebook has acquired FriendFeed - "the innovative service for sharing online" that aggregates all your social activity on the web.

The move will consolidate Facebook's position as it battles with Twitter for social supremacy - not least as FriendFeed's real-time system is far more flexible than Facebook's own news feed.

No details have emerged on the price of the deal.

"The FriendFeed team is extremely excited to become a part of the talented Facebook team," wrote Bret Taylor, the co-founder and CEO of FriendFeed who added on his Twitter feed that the firm had "accepted Facebook's friend request".

"We've always been great admirers of Facebook, and our companies share a common vision. Now we have the opportunity to bring many of the innovations we've developed at FriendFeed to Facebook's 250 million users around the world and to work alongside Facebook's passionate engineers to create even more ways for you to easily share with your friends online."

"FriendFeed.com will continue to operate normally for the time being," added Taylor. We're still figuring out our longer term plans for the product with the Facebook team.

As part of the agreement, all FriendFeed employees will join Facebook and FriendFeed's four founders will hold senior roles on Facebook's engineering and product teams.

Taylor and Buchheit founded FriendFeed along with Jim Norris and Sanjeev Singh in October 2007 after all four played key roles at Google for products like Gmail and Google Maps.

"Since I first tried FriendFeed, I've admired their team for creating such a simple and elegant service for people to share information," said Mark Zuckerberg, Facebook founder and CEO. "As this shows, our culture continues to make Facebook a place where the best engineers come to build things quickly that lots of people will use."