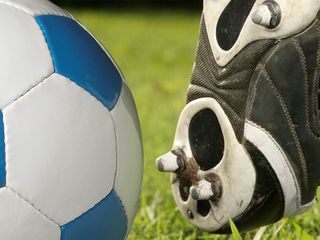 Google was kind enough to send through its fastest growing search terms for Manchester this week, and TechRadar was a little surprised to learn that United are well ahead of Man City, not Manchester United you understand, but Leeds.

In fact, in football team terms, Leeds United as the 12th fastest growing search term were ahead of Man City back in 15th.

Now, as these are the fastest-growing search terms, the more logical among you may wonder if Manchester United is merely already much searched for and is less likely to be affected by trends.

But, we're all about the cheap headline in our weekly Google search zeitgeist stories, so we're not mentioning that until the third paragraph of our story. Ha.

Stig in the dumps

The top search result is Ben Collins – the man behind Top Gear's Stig's helmet – who has hit the news for daring to publish an autobiography.

GCSE results made their expected entry, as did Ultimate Big Brother, which we *think* might be where the most annoying reality stars are shut in a house and gassed, but we're not entirely sure.

Interestingly (or not), UBB was ahead of X-Factor which has been using Autotune to make people sound better/worse but unfortunately was never applied to Louis Walsh's accent.

Chatroulette-a-like Omegle, shopping site Marisota and the Leeds festival are also in the top 20, along with Edexcel – one of the companies that produces exam papers for GCSEs.

*Apparently nobody uses capitals when searching for things on Google.