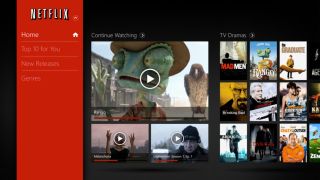 Netflix - hasn't quite killed piracy yet

Remember Netflix claiming that wherever it launched, piracy and BitTorrent traffic fell? Well BitTorrent for one is not convinced by the Netflix line.

In a post titled "Reports of our death have been greatly exaggerated", Matt Mason, BitTorrent's VP of marketing, announced that Netflix had got a couple of things dead wrong when its COO Ted Sarandos said there was a correlation between Netflix arriving and BitTorrent traffic going down.

Mason began: "We want to take a moment to correct two of his comments. The first issue is the application of BitTorrent as a synonym for internet piracy.

"The second is the assertion that BitTorrent traffic drops as Netflix is introduced to new markets. Neither statement is true."

Hey, he continued, BitTorrent isn't even that good for piracy, guys:

"BitTorrent was designed to move data. It was not designed for piracy. In fact, as a standalone tool, it's not even a very good technology for piracy… To be clear, we are not a file-sharing site."

And it isn't even in competition with Netflix anyway, Mason added: "There is no such thing as a 'BitTorrent Pirate', and we are not competing with the likes of Netflix. We're actually finding ways to support companies like them."

One way BitTorrent is working in Netflix's favour is through its use of μTP - "micro transaction protocol" - which manages traffic at peak times. This gives priority to other applications (including Netflix) when internet traffic is heavier.

"We did so at our own cost, because it was the right thing to do for the internet and the people who rely on it," Mason explained.

It may not be a competition but that's not going to stop Mason adding that BitTorrent hosts more legal content than Netflix (2 million to Netflix's 60,000). But hey, guys - it's really not a competition.