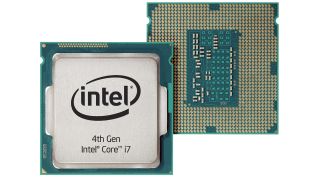 Intel has cautioned that the fixes for the Meltdown and Spectre bugs may cause instability with some older processors, while the firm’s CEO also issued a statement promising greater transparency regarding these sort of major vulnerabilities going forward.

The bad news on the fix front applies to Broadwell and Haswell CPUs in terms of both consumer and data center use, with rebooting issues apparently plaguing some users.

In a security update (spotted by the Register) Intel stated: “We have received reports from a few customers of higher system reboots after applying firmware updates. Specifically, these systems are running Intel Broadwell and Haswell CPUs for both client and data center. We are working quickly with these customers to understand, diagnose and address this reboot issue.”

So, presumably pre-Haswell processors aren’t hit. The solution may require a revised firmware update, and Intel notes it’s busy chewing the problem over with customers and working on a solution right now.

Meanwhile, Intel’s chief executive Brian Krzanich issued a statement of his own (highlighted by the Verge) making several pledges, including a promise of ‘transparent and timely communications’ from the company.

Krzanich restated Intel’s previously noted goal of patching 90% of Intel processors introduced in the last five years against the bugs by the end of this week, with updates coming for the rest of the firm’s CPUs before the end of the month.

And in terms of transparency with the fixes for these (and other) bugs, Krzanich said: “As we roll out software and firmware patches, we are learning a great deal. We know that impact on performance varies widely, based on the specific workload, platform configuration and mitigation technique. We commit to provide frequent progress reports of patch progress, performance data and other information.”

To that end, Intel has also released some fresh performance benchmarks showing the impact of the Meltdown and Spectre patches across a range of different applications.

As the firm had previously stated, these figures show that its latest (8th-gen) processors – running on a PC with an SSD – show a maximum 6% performance hit. That’s across PCMark 10, SYSmark 2014 SE and 3DMark benchmarks.

It’s interesting to see the other figures for a mobile Kaby Lake CPU show a bigger dip of 14% in one benchmark, and Skylake desktop processors show a drop of 21% in that same benchmark – namely SYSmark 2014’s responsiveness test.

While that’s somewhat worrying, these big drops are only witnessed in this one benchmark, so it looks like something of an anomaly. The other six benchmarks cited for SYSmark and PCMark show drops of up to 7% with Kaby Lake CPUs, and up to 10% in Skylake (although most of the Skylake results still hover around 6% to 7% drops).

The good news for gamers is that the DX11 benchmarks show no real difference post-patch, with results either unchanged, or slight drops of a percentage point or two which doubtless won’t be noticeable.

So, what Intel initially said seems broadly true, although there are incidents of bigger slowdowns. What is perhaps more concerning is that these are benchmarks for Skylake or newer processors, and we’ve yet to see any figures from Intel regarding the impact on older CPUs.

According to Microsoft’s own benchmarking, those using Haswell (4th-gen) processors or older will experience more significant slowdowns, and “some users” will potentially notice a decrease in system performance (as opposed to Intel’s assertion that any sluggishness wouldn’t realistically be noticeable).

And if you’re running an older operating system – previous to Windows 10 – with one of these older chips, the situation gets worse, and “most users” will notice a drop in their PC’s performance.

If Intel is shooting for transparency, the firm needs to produce figures showing the effects on older processors, and the company has indeed pledged to do so shortly, stating: “Within the next week, we intend to offer a representative set of data for mobile and desktop platforms that were launched within the past five years.”

That means we should see benchmarks going back to and including Haswell processors, as that generation of Core CPUs was launched in 2013, or five years ago. And it’ll definitely be interesting to get those results, to see how they shape up in the light of Microsoft’s findings.

Meantime, on the other side of the CPU fence, AMD has published an update on its processor’s security regarding Spectre (as Meltdown doesn’t affect AMD chips, only Intel ones).

AMD said that concerning Google Project Zero (GPZ) variant 1 of Spectre (‘bounds check bypass’), this can be contained by an OS patch, and Microsoft is distributing patches for most AMD PCs right now.

Not all machines, however, due to the major issue of the Windows patch causing boot failure for some PCs with older AMD processors. This led to Microsoft halting the distribution of the patch, although the problem should be corrected ‘shortly’, and Microsoft will begin pushing out the update again for older AMD PCs by next week.

Concerning GPZ variant 2 of Spectre (‘branch target injection’), AMD said it was ‘difficult to exploit’ with its processors, but that nonetheless, it was continuing to work closely with the industry at large in negating this threat, and that: “We have defined additional steps through a combination of processor microcode updates and OS patches that we will make available to AMD customers and partners to further mitigate the threat.”

The company said it would make optional microcode updates available for Ryzen and Epyc CPUs starting this week, with updates for older processors due to arrive in the ‘coming weeks’.

Finally, if you’re worried about these security flaws, don’t forget that we have a full guide on how to protect against Meltdown and Spectre.