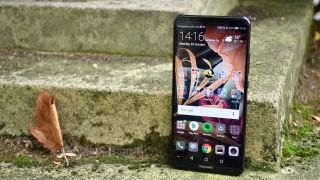 The Huawei Mate 20 Pro, as part of the Mate range, is always going to be a larger device, but you might be surprised by just how big.

A new rumor suggests the screen could be 6.9 inches, making it almost as large as the likes of the Nexus 7 and other 7-inch tablets.

That’s according to The Bell, which says – quoting display industry sources - that Huawei is currently sampling OLED panels of that size from Samsung Display, for use with a phone, and that given the timing it’s likely they’re headed for the Huawei Mate 20 Pro.

Of course, this is all just rumors for now, but it would give the Mate 20 Pro a selling point that the other big name, big screen phones of this year can’t compete with.

And while 6.9 inches might sound excessively large, given that it is almost the size of a small tablet, don’t forget that both phones and tablets have been getting ever bigger – 7-inch tablets are rare now and 6-inch phones are common.

The Mate 20 Pro will also likely feature minimal bezel, so the overall footprint will probably be a lot smaller than most 7-inch slates.

We haven’t heard much else about the Mate 20 Pro or the standard Huawei Mate 20 yet, but one early rumor suggests it could have an in-display fingerprint scanner, so that’s another way it might stand out.

If you like the sound of that you’ve got a few months to wait yet, as we’re not expecting the Mate 20 range to launch until October or November.