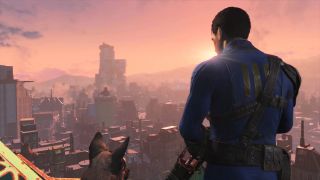 I really don't like writing reviews. I haven't written that many in my time as a games journalist - most of them were when I worked on magazines, where giving things numbers is your bread and butter.

In magazines, it's okay. You don't have to know what people think about your review. You write it, send it off, and then proceed to the excellent stage of not giving a toss about people's reactions. I miss that.

Now I work on the internet, I shy away from reviews when I can, because no matter how well reasoned your opinions are, or how many words you write, or even how right you are, people would rather see you chopped up into tiny parts and fed to really angry lions than actually admitting that your opinions are valid.

It's maybe not a fantastic example since it can probably be proved that the moon isn't hollow (as is the geological consensus), but either way, here is the crux of my point again in case you missed it the first time: everyone's opinion is valid.

But there's been a lot of hoo-ha about people's reviews over the past few days, so here we are. A man gave a game that many people liked a 3 out of 5, making it a 6 out of 10, which would, as a film review, mean "yeah, it's still pretty good" but in the world of games, apparently means "I want to take the physical copy of this game, put it in my toilet and then defecate all over it before sending it to my least favourite politician as a protest".

The way many people currently react to opinions on the internet goes something a little bit like this scenario, which I have written out as a play to make it seem more exciting:

The story then goes on from there, and the basic plot is that the internet commenter learns the error of his ways through being visited by the Ghosts of Critics Past, and it's all very interesting and metaphorical and all that. But I don't have time to show you the whole play, and anyway, it's a work in progress, so I'll simplify: no one should care about opinions on the internet.

And if you already know what you think about a game? Excellent. You don't really need reviews at all! Sometimes it's nice to read them to find out what other people think. Sometimes they're also well-written, thoughtful and eloquent, and you end up feeling more nuanced things about the game as a result.

But ultimately, no one should care about individual opinions on the internet. If you're wondering whether to try a restaurant, see a film, or buy a game, by all means check the reviews. Plural.

And I don't mean just reading all the scores on Metacritic, because a 7 tells you precisely nothing about what someone really thinks. Is it a good 7, or a bad 7? Why not find out!

Each one of us possesses the ability to weigh up other people's ideas and thoughts and glue them all together into a big ball of what we might think and feel about something. That's why critics exist.

One review will not ruin a game. It also does not invalidate your feelings. In fact, even if all the reviews of a game hate something and you still love it, cool! That is also fine. Everything is fine. Unless Petronella and all the other, real critics she is an emblem of come over to your house and defecate on your game, what difference does their opinion make?