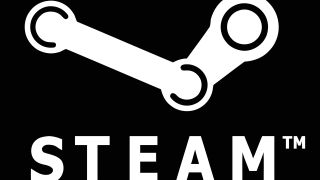 Steam is a well-loved hub where PC gamers can peruse and purchase games, often at significant discounts, and engage with one another socially by playing games and chatting.

Valve initially promised only a bare-bones version of Steam for Linux, but the platform launched on Tuesday with around two dozen games and bells and whistles that include the "Big Picture" mode that makes it easier to game on large displays like televisions.

Curiously absent was Left 4 Dead 2, the game many expected to see on Linux after Valve talked it up in July.

But instead of a mere 1,000 would-be Linux gamers, the Bellevue, Wash.-based game developer heard from 60,000 respondents.

With so much interest, Valve promised that the beta will open up to more users soon, according to Polygon.

The initial Steam for Linux beta was only available on Ubuntu 12.04, but Valve developer Frank Crockett reportedly promised that more distros would arrive soon, as well.

"This is a huge milestone in the development of PC gaming," said Valve CEO Gabe Newell, according to Polygon.

"Steam users have been asking us to support gaming on Linux. We're happy to bring rich forms of entertainment and our community of users to this open, customer-friendly platform."

Newell, revered by many gamers, trashed Microsoft's new Windows 8 OS for being less open than previous versions of Windows, calling it "a catastrophe" in July.

Valve released Steam for Mac OS X in 2010, making Steam for Linux the third version of the gaming platform to be released.

Linux is far from the most popular operating system, but with Valve's help getting gamers invested the platform could gain users in the future.