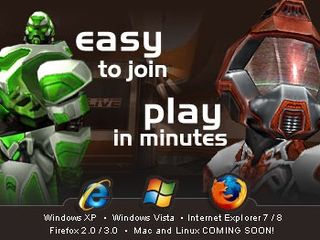 Quake Live gets a premium, paid-for service and is soon set to support both Linux and Mac in addition to Windows

John Carmack has confirmed this week that free-to-play game Quake Live is set to get a premium, paid-for service.

The introduction of a subscription-based element to the game merely means that Quake Live will no longer be the non-free service it was originally touted to be.

In other QuakeLive news, id President Todd Hollenshead confirmed some cracking news for non-Windows gamers, announcing that Quake Live is set to fully support both Mac and Linux operating systems.

Mac and Linux versions of the QL client were available for gamers to try out on the show floor at QuakeCon.

If you weren't able to make id's annual pilgrimage then you will be able to check out the update next Tuesday, 18 August.

You may remember that id Software was recently bought out by Bethesda's parent company, Zenimax. Bethesda informed TechRadar recently that id is ramping up its workforce in order to work on a major new project, which we hope to be hearing much more about in the near future.