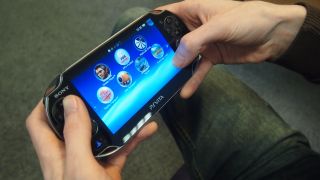 Sony's throwing its handheld a lifeline

Responding to @MrDaWe's inquiry about whether the remote play reports were true, @yosp (Yoshida's Twitter handle) had this to say:

"@MrDaWe Yes, it's true unless the game requires specific hardware like the camera. It will be great to play PS4 games on PS Vita."

Sony's suffering PS Vita might be getting the jump-start it's long been waiting for, with claims that Sony has asked developers to include Remote Play functionality in all PS4 titles.

The only games exempt from this rule will be those requiring the use of the PS4 eye, the next-gen console's Kinect-rivalling camera,

The word comes from a "trusted developer source" speaking to Eurogamer's Digital Foundry. A PS4 pairing would see the Vita offer more of the Wii U-like functionality, letting gamers play PS4 titles on the handheld over local Wi-Fi.

PlayStation Worldwide Studios boss Shuhei Yoshida said in February that he wanted to see third party studios making use of Remote Play, but so far the crossover support hasn't attracted a lot of PS3 game developers.

The Wii U offers a similar sort of functionality in its gamepad, which was one of its major selling points at launch. Sony's alternative, of course, requires the purchase of two separate consoles, but now there might be a real incentive to bag the handheld which has so far lacked enough compelling software.

We've contacted Sony to see whether it can confirm this information, and will update when we hear back.