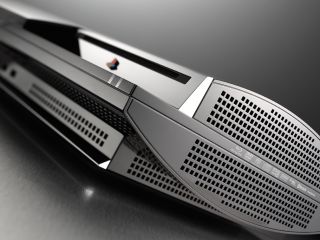 Hooray - yet another PS3 configuration to wrestle with

The PS3 rumour mill is in overdrive once again. This time the big (non) story is that Sony is planning to ditch its 80GB model and replace it with either a 120GB or 160GB version and a new rumble-enabled DualShock 3 controller.

Either version would enable Sony to directly challenge Microsoft's 120GB Xbox 360 Elite, although it's far from being a done deal. In fact, according to our sister site CVG.com Sony has moved to dismiss any further internet gossip concerning a 120GB player for the UK as being little more than "rumour and speculation."

Need for more storage is clear

That said, it does seem likely that Sony will want to launch a higher-capacity console, to offer potential buyers a choice between a 'basic' 40GB games console and Blu-ray player, and a more full-on 'bells and whistles' multimedia device.

In any case, the need for a higher-capacity model will become even more important for Sony following the launch of their PlayTV software allowing PS3 owners to watch and record digital TV.

Already available in Japan, Sony's new DualShock 3 controller is expected to begin shipping in the US and Europe within the next couple of months. Sony fans have been universally demanding the return of a rumble-enabled wireless controller since the PS3 was launched.

Although the SixAxis controller features motion detection, it lacks the all important rumble feature. The DualShock 3 is also motion sensitive. Sony hasn't yet said if it will eventually become a standard accessory bundled with all PS3 models, but we certainly wouldn't bet against it.