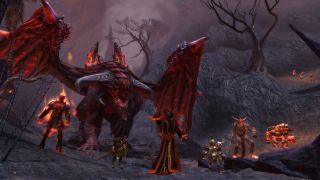 Are you playing more over the web?

The number of people playing games online has risen across all devices, according to new figures from research firm NPD, released on Friday.

According to the study, 72 per cent of gamers in the US are now playing over the internet, compared with 67 per cent a year ago.

Perhaps buoyed by free and low cost games on smartphones and tablets, gamers are currently spending more hours gaming, which is up 9 per cent overall and 6 per cent for online play.

"This study found that the overall amount of time spent gaming, and time spent gaming online increased across virtually every type of device, and notably so, versus 2012," the NPD group wrote.

Despite smartphones and tablets getting most of the press, the PC is still the main location for online gaming, according to the study, 68 per cent of those surveyed played over the web from their computer.

However, that's down 4 per cent since 2012, whereas online play on mobile devices increased 12 per cent year on year.

Also, while 62 per cent of gamers preferred the physical format, there was a 3 per cent swing towards acquiring digital content compared with 2012.