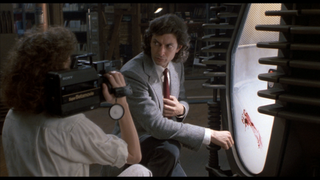 Disney Plus will no doubt be the talk of the town when it launches in November, with a host of films and franchises from across Marvel, Star Wars, Pixar, and even 21st Century Fox. But it seems that Disney’s acquisition of Fox – welcomed by many for the hit series and IP it brought to Disney’s streaming service – may have some unfavorable consequences for viewers.

Vulture has reported on various cinema owners and film festival programmers who are being refused the rights to show certain Fox movies, now under new ownership at Disney.

Titles such as The Omen, The Fly, Moulin Rouge, and various Alien films are now increasingly difficult to show, with Disney reportedly denying requests by establishments that had previously shown the films without trouble.

It's not all bad news though, the streaming platform has announced the full Disney Plus price including bundles so you can stream all these movies and series at an affordable price.

While Disney has yet to make a public declaration of its intention here, Vulture quotes a film distributor who says the restrictions won’t apply to not-for-profit businesses or public art institutions.

What’s even more worrying is that the new law for Fox movies doesn’t seem to be enforced consistently, with different distributors finding they had rights to show certain films revoked for different reasons, without explanation, or even if they fit Disney’s criteria.

With Disney Plus set to launch in mid-November in its first few territories, a world of Disney is about to get opened wide – but at the same time, it looks like that world is getting a lot smaller.

Oh Mickey, you're so financial

Restricting access to a property to drum up demand – in this case, for the Disney Plus catalogue – makes business sense, and is certainly characteristic of Disney. The House of Mickey has long uses something called the ‘Disney Vault’ model, which saw classic Disney movies become near impossible to buy on disc or stream until a limited re-release.

But it’s a worrying move for cinema goers who can’t see some of their favorite classic films in the setting they were originally shown, and is likely to have a substantial impact on the profitability of various movie theaters – already struggling in the streaming age – as iconic properties are yanked away from them.

As much as the acquisition of Fox was good news for some fans, in that it brought The Simpsons to Disney Plus, and has paved the way for favorite X-Men characters to enter the MCU in some capacity, it’s clear that many other viewers – and the people used to serving their movie needs – are being left behind.