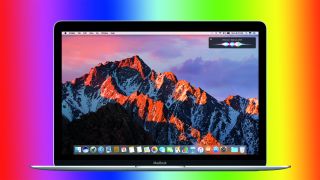 Apple's macOS Sierra has finally been revealed, and while many see Siri as one of its biggest features, I was more delighted in the ways that Apple has integrated the cloud into the MacBook while bringing it closer to its other devices.

While it's clear Apple is pitching Siri to be better than Cortana, many of the other features it introduced seem to nip at the coattails of Google and its Chromebooks.

Almost every new macOS feature has a Chrome OS equivalent. Auto Unlock, for instance, lets you instantly login with a nearby Apple Watch (and potentially other iOS devices), which is essentially the same as the Smart Lock connection you can set up between Chromebooks and Android phones.

In the same vein, Apple is putting a greater emphasis on syncing files in iCloud so they can be available both on your desktop and mobile iDevices. This is arguably very similar to the way Google has leveraged Drive as always online storage bank.

While it might seem like wholesale copying, I'm not slighting Apple here, because honestly everyone does it. Cortana was not created in a Siri-free vacuum chamber and Android didn't get its start without the existence of the iPhone.

Who knows, Apple could have went down this road after foreseeing the news that Chromebooks have outsold Macs for the first time.

In any case, there's net benefit for users here because these web- and cloud-based features only serve to extend the usefulness of MacBooks.

The online-only features don't necessarily pigeonhole MacBooks because, unlike Chromebooks, they're fully functional laptops – even without an internet connection.

Chromebooks essentially become useless unless you have some content saved onto their tiny storage drives or documents cached in memory. That's never the case for MacBooks, thanks to beefier processors and ample onboard storage making them full-fledged mobile computers.

And, even without an Internet connection, you can still wirelessly AirDrop files, Handoff calls and emails, and use Continuity to work between devices or use your iOS device as a wireless hotspot.

Apple has a leg up on Google in connecting its device catalog to an even greater effect. The Universal Clipboard is one feature macOS has over Chrome OS, allowing you to copy content from one device and paste it to the other. This way, you'll never have to manually type in a link your friend texted to you.

Alternatively, Apple is truly turning iPhone into a digital wallet when it comes buying apps and paying for purchases with Apple Pay. You can now tap into Touch ID on your iOS device to authorize Mac App Store purchases; this also works for payments made through Safari on macOS.

That said, Google is about to go whole hog on introducing Android apps into Chrome OS. Meanwhile, the Mac and iOS App Stores are two distinctly separate platforms.

There's no doubt that Apple is taking Chromebooks seriously, and good for Cupertino. This now super-heated rivalry in computing will only push Apple to make macOS better.

And, who knows, maybe we'll see a more affordable, browser-based MacBook in the future to go head-to-head with Chromebooks. A man can dream, eh?