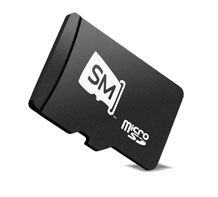 The ongoing wrangle in the flash memory business that could potentially see Samsung buy out SanDisk took a new turn at the weekend when it emerged that Toshiba is getting involved too.

Japanese media reports say that Toshiba is talking to US-owned SanDisk about buying ¥100 billion (£570 million) worth of SanDisk equipment in a factory they already run together as a joint venture.

The possible move is being seen as Toshiba's attempt to protect its production capabilities should the Samsung takeover of SanDisk eventually go ahead.

If that were to happen there would be little chance of Samsung wishing to work with Toshiba in future.

Samsung currently has 42 per cent of the world's NAND flash memory market, with Toshiba in second place on 28 per cent.

As Toshiba currently has less than ¥300 billion in the bank, the possibility of spending more than a third of that underlines how seriously it takes the Samsung threat.