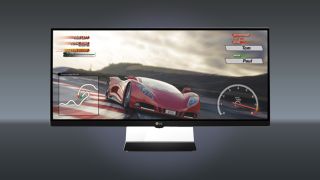 AMD has big plans for its GPUs and one of the biggest shake ups will be the new DisplayPort 1.3 connector.

Rather than teasing the incredible clock speeds its next graphics cards will have, the company gleefully explained that the new DisplayPort standard will be able to power 5K displays with a single cable. Additionally, the new video cable standard could allow 2016 AMD graphics cards to drive HDR-enabled 4K monitors at high-frame rates of 144Hz.

As it stands Thunderbolt is one of the best solutions to drive multiple Ultra HD displays because it supports a bandwidth up to 40Gbps. According to AMD, DisplayPort 1.3 can almost match this, carrying up to 32.4Gbps of bandwidth.

AMD has introduced FreeSync over HDMI, effectively making the most accessible solution for reducing screen tearing and frame stuttering.

In the last few years Nvidia and AMD have been duking it out to provide the smoothest gameplay experience for PC gamers. While Nvidia introduced a proprietary G-Sync system that only works with its GPUs and compatible monitors, AMD introduced FreeSync which was compatible with a larger pool of screens so long as they had DisplayPort 1.2a and users had a Radeon-series GPU.

Now with the introduction of FreeSync through HDMI coming early next year, AMD claims it will optimize the refresh rate for many more mainstream monitors, 70% of which lack a DisplayPort connector. On top of computer monitors, AMD has also been working with companies including LG, Samsung and Acer to deliver FreeSync over HDMI functionality to compatible displays including televisions.

Color is the future

Unfortunately, the criteria for an HDR compatible display is a bit more stringent. Users will need a screen with the following features in order to get HDR working correctly:

Additionally, users will need a Radeon R9 300 Series GPUs on top of a compatible HDR display. AMD posited its 2016 GPUs will extend HDR support to both gaming and movies. The company is also collaborating with top game developers to enable HDR output in 2016 games with more developments to share next year.