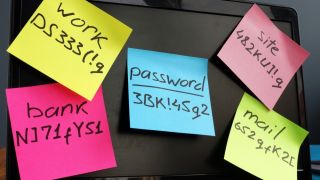 Google Chrome and Microsoft Edge will soon have a new 'reveal password' button that will let you check you've entered your login credentials correctly before you submit them, reducing the risk of being locked out of your accounts for too many failed attempts. The button will appear automatically in password fields on any website with a login form.

Microsoft is developing the button for the new Chromium-based Edge, and has decided to let Google add it to Chrome as well. We expect to see it in other Chromium-based browsers such as Vivaldi and Opera, too.

According to 9to5Google, the button will appear as an eye icon, which will make the text of the password visible when clicked. You'll also be able to reveal your password using the shortcut Alt+F8.

The button isn't an entirely new feature – it was part of the old, pre-Chromium version of Edge, and Internet Explorer before that.

It will only work with passwords you've typed yourself – not ones that have been autocompleted by the browser – which should allay some security worries, but it's not yet clear how it'll work with third-party password managers.

There'll be no way for site owners to customize or remove the button when it launches, which will make things interesting for sites like Netflix that already have their own version. Having a redundant extra button isn't ideal, so hopefully Microsoft and Google will add a way for developers to suppress it in a future update.