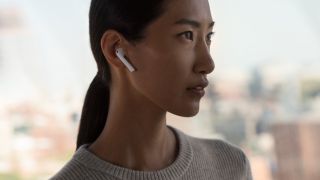 The growing success of podcasts has led major players in the tech industry to finally start considering them as a serious source of revenue, with big brands increasingly offering funding and support to existing producers and original creators.

A new report from Bloomberg suggests that Apple intends to fund its own original podcasts and stream them exclusively on its own platform, according to “people familiar with the matter”, in order to compete with the existing market.

The report claims that podcasting companies have been approached by Apple executives offering to buy exclusive rights to their series’, although the Cupertino firm’s plan isn’t fully laid out in these communications.

Earlier in 2019, music-streaming giant Spotify spent over $200 million to acquire two successful podcasting companies – including Gimlet Media – in the hope to become “both the premier producer of podcasts and the leading platform for podcast creators”.

Recently, Apple discontinued its long-running iTunes music platform in favor of splitting it up into Apple Music, Apple TV, and Apple Podcasts, signalling a more focused approach to each category.

Despite being predominantly responsible for the initial popularity of the category in 2005, when the company officially added the ability to subscribe to podcasts in the iTunes app, Apple hasn’t altered its strategy around the free audio format in any significant way over the past 14 years.

Now, more than a quarter of Americans listen to podcasts at least once a month, and even if they currently use Apple's Podcasts app, none of that audience pays anything to the company – or even encounters any advertising from the tech giant.

While there’s currently no official word from Apple on its exact plan for exclusive podcasts – or even if there is one – it seems like a sensible move for a company that has, perhaps unwittingly, found itself with a large amount of influence over the format.