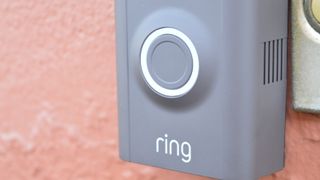 But one device HomeKit can’t work with, apparently, is a smart doorbell.

On Apple’s HomeKit accessories page, you can find a list of supported devices under categories such as Lights or Locks. Doorbells, which had previously been listed as a category, no longer appears, 9to5Mac first discovered.

We poked around the HomeKit page and didn't find any doorbells available to purchase.

Ring and August, two smart security companies that make smart doorbells, promised back in 2016 that they would add HomeKit support to their devices. Now, two years later, neither has delivered on this promise.

Ring, which was acquired by Amazon earlier this year, reaffirmed that it would still incorporate HomeKit support in the future—despite being owned by a smart home competitor.

Still, after such a long wait, some buyers are wondering what could be causing the holdup, and Ring hasn’t explained why HomeKit support has taken so long to implement.

We want to ensure our Neighbors have the best experience possible, and sometimes that causes a change in feature release dates. We're still eager to introduce HomeKit, but don't have a launch date at this time. Keep an eye out for updates, here: https://t.co/hLFrbtDO7x.June 18, 2018

While Ring may yet fulfill its overdue promise, August allegedly has no plans to do so. CNET reports that August emailed a customer back in March to say that it “do[es] not have plans to have HomeKit for our doorbell cameras. If anything does change in the future, we will announce it on our website.”

August, which seemingly has no business justification to cancel support for HomeKit, may have run into some kind of technical delays. But it, like Ring, hasn’t explained itself either.

At WWDC 2016, Apple showed off a promo for smart doorbell tech integrated with HomeKit features and iOS. But now, the prospect seems more and more unlikely.

By removing its Doorbell category, Apple ensures its customers don’t assume that smart doorbells are available right now, and could very well re-add the category once Ring or someone else adds support.

On the other hand, Apple kept the category up for years when none were available; perhaps this is a sign that the company doesn’t think Ring or any other doorbell-maker will support its platform any time soon.