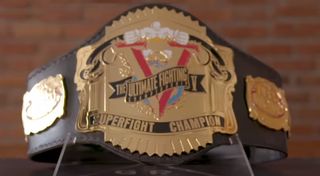 If it seems like ages ago since ESPN announced that it had won the rights to broadcast UFC, that's because it is. It was way back in May 2018 when the organisations revealed a five-year deal worth around $1.5 billion for ESPN to show Ultimate Fighting Championship events.

But after a fantastic debut in the middle of January headlined by Henry Cejudo and TJ Dillashaw, subscription service ESPN+ already feels like a natural home for the most popular MMA organisation in the world.

All the UFC Fight Night action can be watched on the ESPN+ subscription service when the events air on Saturday nights. So keep reading to see your viewing options, whether or not you're in the US when they're on live.

How to watch UFC online in the US

It's a new dawn for MMA fans in the US, with ESPN+ snagging the coverage that's not even available with a UFC fight pass. The broadcasting giant's online subscription platform only launched in 2018, but has already made waves by hosting big-ticket tennis, soccer and boxing events.

It costs $4.99 per month - so not huge sums, and less than streaming services like Netflix (and a lot less than cable). That lets you watch online, but also via its mobile app and TV streamer apps on the likes of Apple TV, Amazon Fire TV, Roku, PS4 and Xbox.

Live stream UFC from anywhere in the world

Worry not if you're a huge UFC fan but aren't in the US to watch that ESPN+ coverage. If you've got your subscription (or free trial) sorted but then find the coverage is geo-blocked, you can try using a VPN to change your IP address to a US server and watch as if you were back at home.

1. Express VPN (comes with a 30 day money back guarantee) Simply put, this is our pick as the #1 VPN in the world right now. You can watch on many devices at once including Smart TVs, Fire TV Stick, PC, Mac, iPhone, Android phone, iPads, tablets etc. Check out Express VPN and get 3 months free on an annual plan.
2. IPVanish supports up to 10 devices, so great on the go
3. NordVPN: SmartPlay tech makes NordVPN a great, affordable choice for streaming