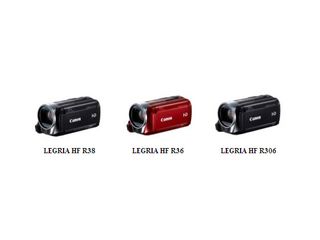 Canon has unveiled its latest entry-level camcorders in the form of the Legria HF R-series, notable for coming with full HD recording and Wi-Fi connectivity.

Intelligent Image Stabiliser (IS) keeps your footage steady even when you're zoomed right in – it adapts to whatever's being filmed and adjusts its settings accordingly.

Do away with wires

The handy built-in Wi-Fi means you can upload your videos directly to YouTube or Facebook et al without having to go through a computer – and if you want to edit them first, Story Creator can help you work them through.

There's an iOS app which lets you transfer video directly to an iPad or iPhone too.

At the top of the range sits the Legria HF R38, which offers Wi-Fi, a 7.5cm touchscreen, 32GB of memory and an SDXC card slot. Next up is the HF R36, which is the same save for the memory which is a relatively paltry 8GB.

Finally, the Legria HF 306 retains the 51x zoom, full HD sensor and Intelligent IS, but doesn't feature the Wi-Fi nor any onboard storage. There is an SDXC card slot though, never fear.

The Canon Legria HF R-series UK release date is set for April, with UK pricing to be confirmed.