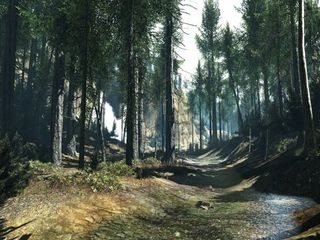 Illegal game downloads fell in 2011 compared to 2010 according to data taken from file-sharing site BitTorrent.

Gamers illegally downloaded Crysis 2 for PC 3.92 million times via Bit Torrent in 2011, but the most pirated PC game of the previous year, Call of Duty: Black Ops, saw 4.2 million downloads in 2010.

Some of this could be explained away by a lack of blockbusting gaming titles but the overall trend indicates a slight decline.

PC gaming pirates - not they of the "arr give us a go on that thar Alienware or I'll send you to Davy Jones's locker" variety – favoured Crysis 2 over Call of Duty: Modern Warfare 3 which took second place on the PC platform with 3.65 million downloads.

Two things worth noting, however: MW3's combined PC and Xbox downloads make it more popular among pirates than either Crysis 2 or Gears of War 3, plus the CoD threequel was released only in November 2011 so it's numbers stack up pretty nicely considering.

On the Wii, Super Mario Galaxy 2 took the pirates' fancy, with Mario also taking silver with the Mario Sports Mix.

Once again proving that movie pirates lack taste alongside morals, the latest instalment of the Fast and the Furious franchise Fast Five, has proven the most popular film among the digital outlaws.

Joining Fast Five in the top five most pirated films of 2011 are The Hangover 2, Thor, Source Code and I Am Number Four, none of which came close to touching the record total of 21 million shares by 2010's top dog, Avatar.