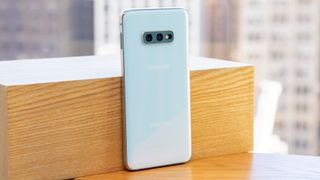 Samsung's Galaxy S11 is leaking a lot in recent weeks as we get closer to its rumored early 2020 release date, and now we've had first word on the colors we can expect the handset to come in.

Samsung offers its devices in a vast array of colors - although those are often different depending on where you live - but the company is rumored to be cutting down its selection for the next flagship series.

According to Twitter leaker Ishan Agarwal, the company will only be opting to offer the standard Galaxy S11 in blue, grey and black. Although, he does note there may be more colors to follow for the flagship device.

If this information is correct, the Samsung Galaxy S11e is only set to come in blue, grey and pink. There's currently no information on the color choices for the Galaxy S11 Plus.

Agarwal has included color information for two other rumored handsets with the Galaxy S10 Lite expected to launch in black, blue and white, while the Galaxy Note 10 Lite may come in red, silver and black.

He also provides information on a new pair of Galaxy Buds headphones, which is something we haven't heard much about yet. There are more colors expected for a second-gen version of the true wireless headphones, with them likely to launch in blue, pink, black and white.

This information can't be confirmed at the moment - although Agarwal is becoming a big name in tech leaks - so we'll have to take this with a pinch of salt for now.

Samsung is expected to unveil its Galaxy S11 lineup of devices in February next year, and it may even bring the handsets to MWC 2020.