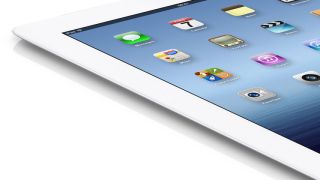 Apple is actively investigating a vast number of complaints from new iPad users, who claim to be having issues with Wi-Fi on their new tablets.

Since the launch of Apple's third generation iPad, users have complained about a number of issues relating to Wi-Fi, including dropping connections and slow speeds.

9to5Mac has laid eyes on an internal AppleCare document which notes the reported Wi-Fi issues on the new iPad.

Free iPads for all!*

Apple confirms: "symptoms can include, but are not limited to: intermittent connectivity, slow Wi-Fi speeds, and WiFi network not seen".

Apple has told employees that any new iPad which is experiencing the issues should be sent to engineering centres for examination – with the customer receiving a replacement iPad.

If you've got a new iPad and are experiencing an issue with Wi-Fi connections, let us know in the comment box below.

*If your new iPad has Wi-Fi isses