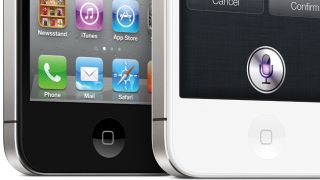 What will Apple have to say for itself come June?

Update: WWDC 2012 has now sold out. How long did that take? A little under two hours.

There's no real hint of what will be on the agenda for the developer conference's much-anticipated keynote speech, but as it's a software-based event, we're crossing our fingers for an iOS 6 reveal.

There may also be some new Mac software, although it would be very hot on the heels of Mountain Lion. Mac OS Thundercat, anyone?

There's also a chance, albeit slim, that we'll see the iPhone 5 unveiled at the June event, although we would be surprised if that doesn't land in October like the iPhone 4S.

But the MacBook Air and Pro lines are up for a refresh fairly soon, so they could be making a debut at the event too.

Tickets for the conference come with the not insubstantial price tag of $1,599 (about £992 plus plane ticket to San Francisco), and are limited to five per organisation.

The good news for the cash-strapped is that videos of the keynote sessions will be available shortly after the event.

Of course, TechRadar will be on hand reporting any exciting news from the main keynote, likely hosted by Tim Cook, so keep your eyes trained on us for updates as they come.