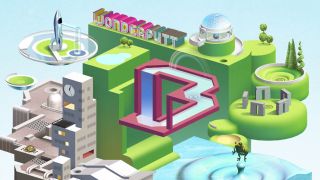 Wonderputt is one of our Flash favourites

Adobe has announced Flash Player 11.2 and AIR 3.2 in its drive to push browser-based gaming.

The new features are aimed to better enable developers to create advanced 3D games like Shadowgun for web browsers.

The new Flash Player is auto-updating to make sure games will run smoothly without the hassle of requiring users to manually update to the latest version.

As an incentive to developers, Adobe isn't charging for Flash 11.2's premium features until their app hits $50,000 (about £31,000) in revenue. After that it will skim nine percent off the app's earnings.

Meanwhile, AIR apps making use of premium features won't be charged at all.

If you want the full breakdown on Flash Player 11.2 and AIR 3.2 you can see Adobe's Lee Brimelow and Tom Nguyen break it down for you on a (pretty dry) video.

From Adobe via The Verge