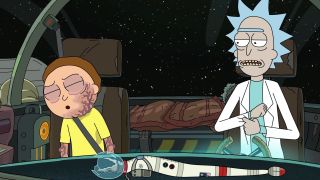 Rick and Morty co-creator Justin Roiland is creating a new claymation series for short-form video streaming service Quibi. The show is called Gloop World, reveals The Hollywood Reporter, and it's about two housemate blobs called Bob Roundy and Funzy, and their adventures around the suburbs of the titular location.

Robot Chicken executive producers John Harvatine IV and Eric Towner are working on the show. Roiland says he's wanted to make the show for seven years, calling Gloop World "a tactile clay animation show with a mysterious, weird and expansive world and really fun characters, fingerprints and all". He wants the claymation style to have an "imperfect approach".

This isn't the only new show Roiland has in the works. Hulu ordered two seasons of Solar Opposites in 2018, with the first due to air this year. It's an animated show about a family of aliens from a superior planet, acclimatizing to life in America.

Quibi launches in the US on April 6, and it focuses on short-form streaming video of 10 minutes or less (Quibi stands for 'Quick bites'); it's not yet been confirmed if or when the service will be launching outside the US. It costs $4.99 per month for the ad-supported version and $7.99 for the ad-free version, and it has content in the works from the likes of Stephen Spielberg. It's not really competing with the likes of Netflix, though, as it's focused on mobile as its primary platform.

If you're interested in Roiland's non-Rick and Morty work, consider checking out his offbeat comedy adventure game Trover Saves the Universe, which features a similarly bizarre sense of humor. Rick and Morty season 4, meanwhile, returns later in 2020.