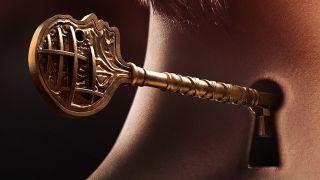 Netflix has released the first trailer for Locke and Key, its adaptation of the Joe Hill/Gabriel Rodríguez graphic novel series that's coming to the streaming service on February 7.

A TV adaptation of Locke and Key has been in the works for a long time. So long, in fact, that an unaired pilot was made for the Fox network in the US all the way back in 2011.

This adaptation was picked up after Hulu made its own pilot, the chose not to make into a series. So in essence, this is the third attempt at a live-action version of Locke and Key, and it really needs to be a good one.

Locke and Key is about three siblings who move to an old house following the murder of their father. In that house, they discover a series of mystical keys that grant the user a different ability, depending on what that key is for. Some are pretty cool, like being able to fly as you'll see in the trailer above, while others are much more sinister.

The trailer has an '80s kids adventure movie quality to it, but you can expect this show to get pretty dark. If you can't wait for the series to start, the source material is available in a nice big slipcase set of graphic novels, or you can read it on the ComiXology app.

Locke and Key comes from Hill and Lost executive producer Carlton Cuse, and also counts the IT team of Andy and Barbara Muschietti among its producers. Expect 10 episodes to drop on February 7.